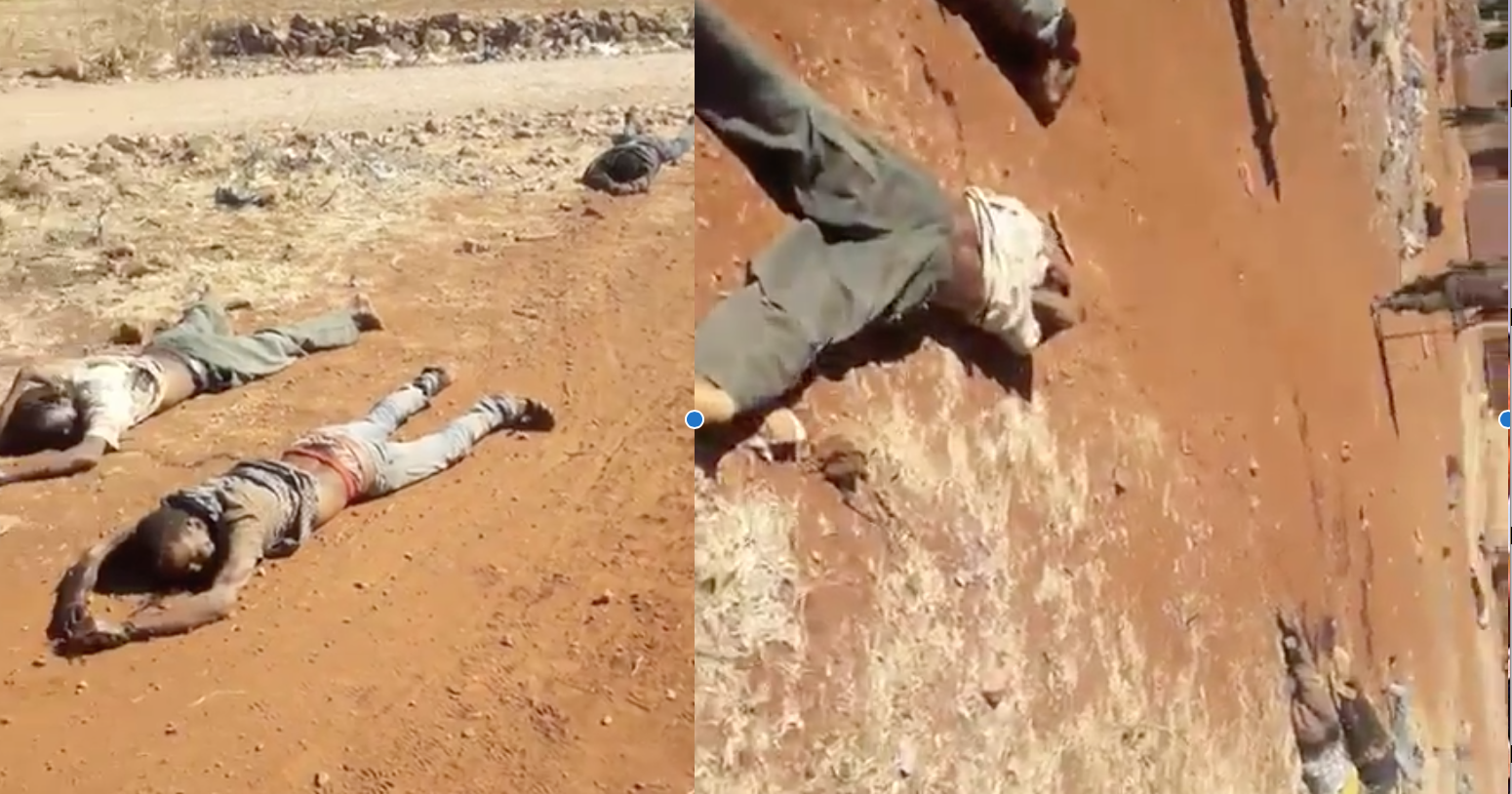 On January 12, 2021, Tghat received information about a massacre in Debre Abay. We published a short article about it here. The massacre took place on 5 and 6 January, in western Tigray, in an area called Debre Abay, named after the famous Debre Abay monastry.

According to our informants, the Ethiopian and Eritrean military first started shelling a small town, called Mai Hrmaz, from far. Houses were destroyed and children killed. When they arrived at the small town, a fight with Tigray Defence Forces (TDF) started which lasted for two days. According to some sources, around 500 Ethiopian and Eritrean soldiers were killed in the fight. A reinforcement was then asked and sent to the location, but the fight was already over and TDF forces were not in the area. Then the angry reinforcement force took its revenge on the town’s civilian population by massacring 100 of them, looting shops and houses.

Yesterday, a graphic footage of a Debre Abay massacre has appeared. The person who sent the footage wrote “this is a video of the Ethiopian military shooting civilians in Deber Abay, Abune Samuel”. We believe it is a footage of the massacre that took place on 5 and 6 January. The footage is extremely graphic and viewer discretion is required.

About 24 violently killed bodies in groups can be seen in the footage. The killed bodies are all men, and almost all of them look young men. In the footage is one wounded young man who appear to have managed to stay alive by pretending dead.

A group of Amharic-speaking people are heard, together with the filming man. The person filming the footage, (from his Amharic accent) likely an Oromo member of the Ethiopian military, says at the start of the footage, upon seeing the not (yet) dead man, “hey, I think it is necessary to get rid of the not yet dead”. The people accompanying him respond with some inaudible utterances. One masculine voice says, among other things, “there is no one that is not dead”.

The filming man moves further to film three groups of killed people. One group with two men, the second with four and the third with six men. Three people in some military uniforms are also seen around the end of the footage.