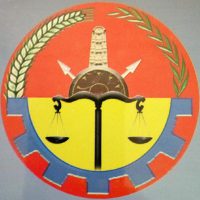 In a statement issued on Dec. 02, 2020, the Tigray Government accuses the combined forces of Abiy Ahmed and Isaias Afewerki of unleashing heinous crimes that amount to ethnic cleansing.

The statement begins by characterizing the combined forces as invaders, and goes on to detail the crimes it alleges they have been committing.

According to the statement, the forces have been indiscriminately killing and chasing people away from their neighborhoods and repopulating vacated areas with aliens, with a clear intention of erasing Tigrayans off their ancestral lands. Where mass killings have not been possible, the forces have been trying, the statement alleges, to subjugate the people by unleashing a psychological warfare. There have been attempts to make people renounce their identity and accept a new one imposed from above.

The statement goes on to accuse Mr. Abiy Ahmed of sending his war planes and drones to bomb various civilian targets, including churches and factories. The statement adds that this effort is being accelerated with the help of the forces of Isaias Afewerki of Eritrea. In an extraordinary act of treason, Abiy Ahmed has encouraged forces sent by Isayas Afewerki to steal private and public properties and pillage factories that were the lifeline of thousands of people in Tigray. Thousands of livelihoods have been destroyed as a result and thousands left without jobs, and on the brink of starvation.

In particular, the statement accuses the combined forces of the following crimes:

Day 37 of the war on Tigray: what does the world say?

Gheralta Mountains: from attractive tourism destination to a raging battlefield (a rare footage).

Recent Stories of the War on Tigray: the Collective Agony Continues