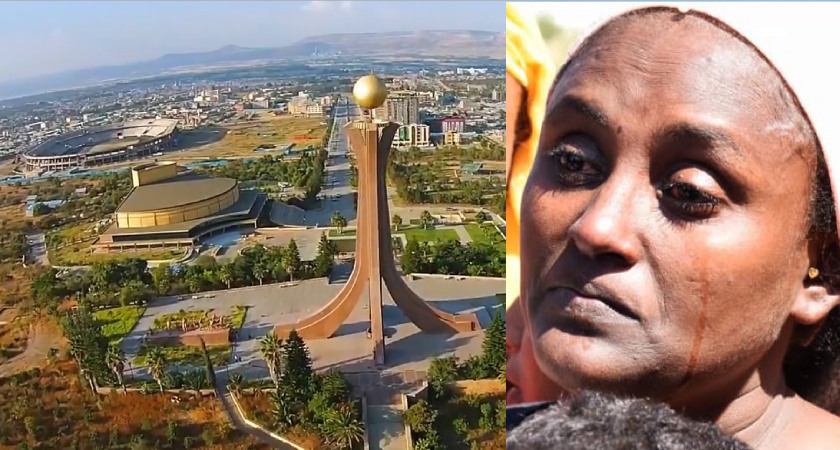 Editor’s note: This is an account of the war on Tigray as witnessed and narrated by people who witnessed and experienced it. In this series, we present accounts of Weyni Abraha, a Tigrayan writer who was in Mekelle during the days before and after the shelling and fall of Mekelle and who is currently narrating the stories from Nairobi, Kenya. Amid the communication blackout and the censorship imposed on Tigrayans, these stories fill a void and Tghat, recognizing their value, is translating and publishing them. Here we provide the first part.

Residents of Mekelle are engulfed in a deep state of anxiety and apprehension. People are coiled up in their places bracing for annihilation any minute. Mothers wouldn’t mind returning their children back to their wombs. It is agonizing for me to witness mothers desperate to save their children, at loss how to be safe havens for their children. I am with my mother and one of my brothers at my house near Adi-Shumdhun, a residential neighbourhood in Mekelle. My mother, tenderly gazing at my brother, desperately says “where can I hide you, my son? What can I do to save you?” My mother continues mumbling to herself, at one point saying aloud “it’s now a sin to be a Tigrayan young man”. Amidst all this, we hear a heavy shelling, so heavy that it felt it landed next door. Everything shakes and tumbles, and windows shatter. We later learn that the target is a school 10 meters away from our house. In desperation, we run away to a nearby village called Debri, without even carrying spare clothes. We meet up with other people running away to the village. The phalanx of people running includes people draped in Gabi (a traditional shawl); some carrying mattresses; mothers carrying two to three children; and pregnant women in a deep state of shock.

We’re running away to Debri not because we’ve relatives or people we know there. We’re going there because we’re in a desperate need for a safe place. In Debri, we find places made of bricks and mud, without corrugated-iron roofs. We sweep and clean the places and temporarily rest there. Next morning, I walk down to a nearby shop to buy face-wash soap. There I see a long queue of people up to buy roasted-cereals (“Kolo”), cookies and biscuit. I see some trying to jump the queue, pleading with those in line saying “please let me jump the queue. I’ve left a mother who just delivered a baby behind”. I see some babies crying, hungry in a new environment. Women in the latter stages of their pregnancy are running around, from one hole to another trying to save the babies in their wombs. The locals of Debri are extremely hospitable and generous. They’re doing whatever they can to make us feel at home.

We have now returned to Mekelle. I’ll let you know what Mekelle looks like now. I’ll write about the murder of young people; the shortage of grocery items; shortage of drinking water and medicine.

Tigray’s liberation will be realized!

Subjugating Tigray: A Shewa Amhara View of the War on Tigray