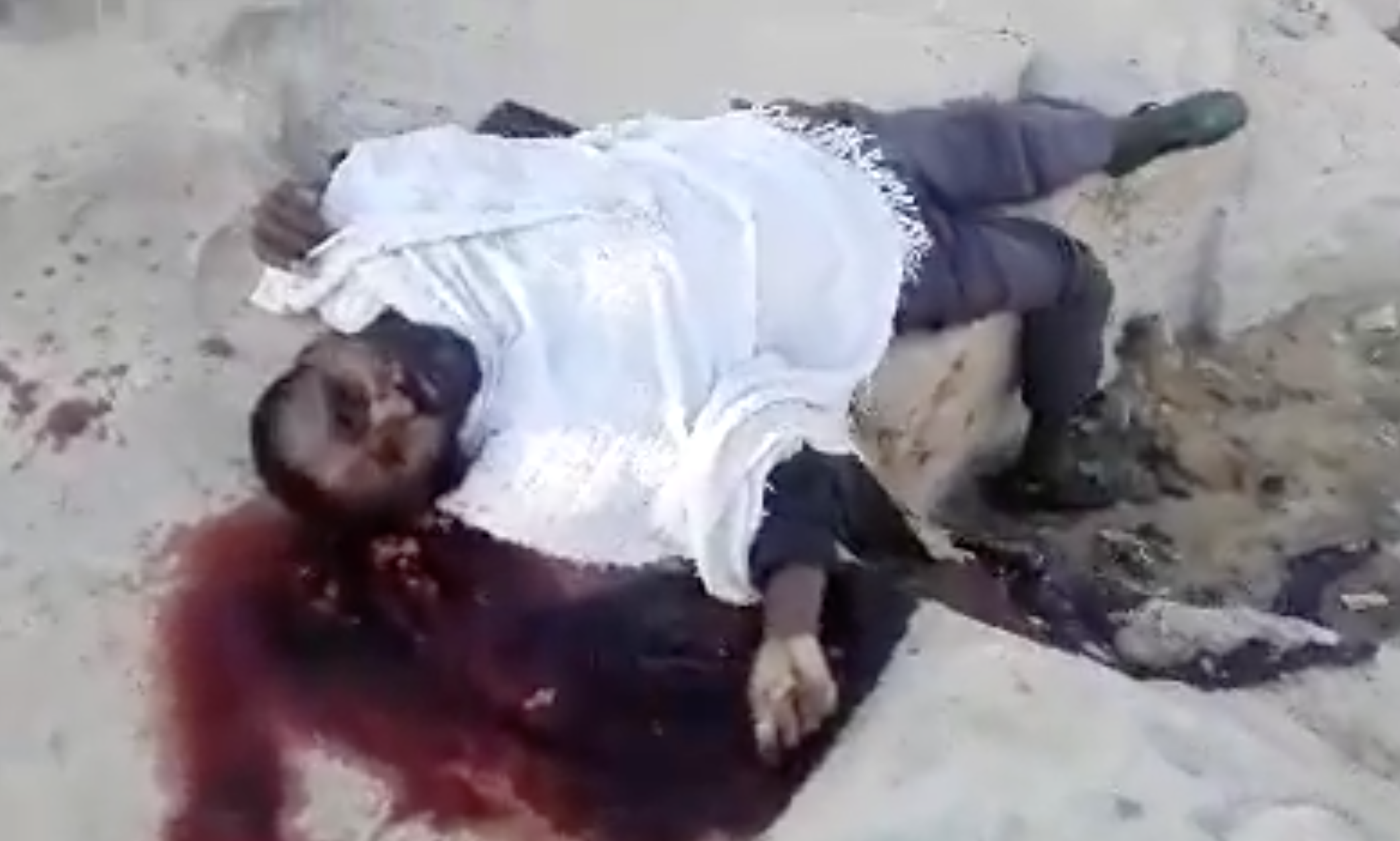 On the morning of Tuesday, February 23, 2021, five people were wantonly killed by Eritrean soldiers in Ida Hamus when they were returning from early morning church service. Two others were also severely wounded. The churchgoers were coming back from Kidane Mhret (the Covenant of Mercy) church. The day was a monthly special day of the Covenant of Mercy.

Two people are seen killed in the footage. They are clearly in their church attires.

Eyewitnesses Tghat spoke to said the killing was triggered by a drunk Eritrean soldier whom his comrades found dead after drowning in a nearby small lake. Early in the morning, the Eritrea soldiers found him dead in the lake, and they immediately started killing churchgoers coming from their morning church service. Asked whether they blamed the victims for the death of their comrade, the eyewitnesses said they did not. They said they were angry at the death of their comrade, and they simply killed five people and wounded two others.

The eyewitnesses said killing for the Eritrean soldiers is like a hobby. They always get drunk and they simply shoot and kill people, and rape girls. Asked as to what they say when they kill, the eyewitnesses said “ቈንዳፍ፥ ቈማል ዓጋመ” (filthy Agame — derogatory words Eritreans use against Tigrayans).

Asked whether there were Ethiopian soldiers around, they eyewitnesses said they came later, but did nothing. They added the Eritreans are camped in a camp around Idaga Hamus.