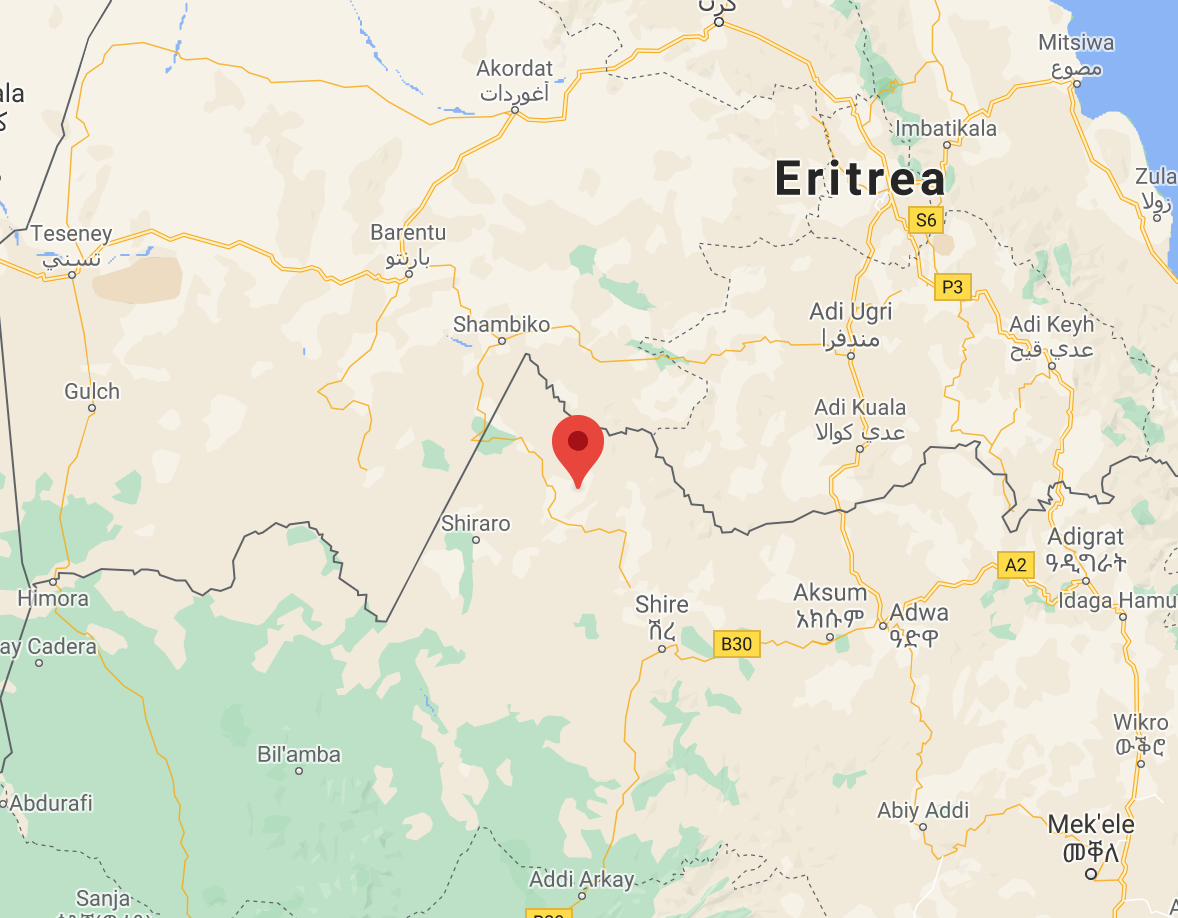 The following report is based on an eyewitness account who fled from Adi Hageray, Tigray.

The Ethiopian National Defence Forces (ENDF) had an army base around the town of Adi Bukray.  On 12 November 2020, Ethiopian troops came to the town and killed anyone and everyone they found on their way.  Then they left the town for the Eritrean troops,  who from November 12-18, engaged in massacring  innocent civilians. The Eritreans killed anyone on the streets.  They also visited houses killing anyone in those houses including old people.  When people came out to collect the bodies of their killed family members or friends, the Eritrean soldiers shot them dead too.

Many of the killed were not buried for weeks. They were eaten by night animals and voltures.  When the stench of rotting bodies that littered the town were eventually unbearable for the Eritrean troops, they told remaining residents to pick up and bury them. By this time, the dead bodies were completely unrecognizable.

From eyewitnesses, we have gathered some of the names of the massacred people. Ages are approximate, as they are estimated by eyewitnesses.

8.       Masho gebremedhin (they killed him for saying, “Today woyane, Tomorrow weyane”. They burned him after they tying him and shooting him. He was around 80 year old

38.   4 people in zgar buried behind a church. They are unknown because their faces were not recognized. Killed by ENDF.

49.   Aba Mehari and two other bodies

51.   Gidey Berhe. Her body was found in the mountain after the Eritrean troops occupied the town. She was killed accused of having worked for the city and having ties with TPLF even though she was a civil servant)

Also massacre in the nearby Sheraro

BBC Bias on the War on Tigray

“The Cancer of Ethiopia”: Statement by PM Abiy Ahmed