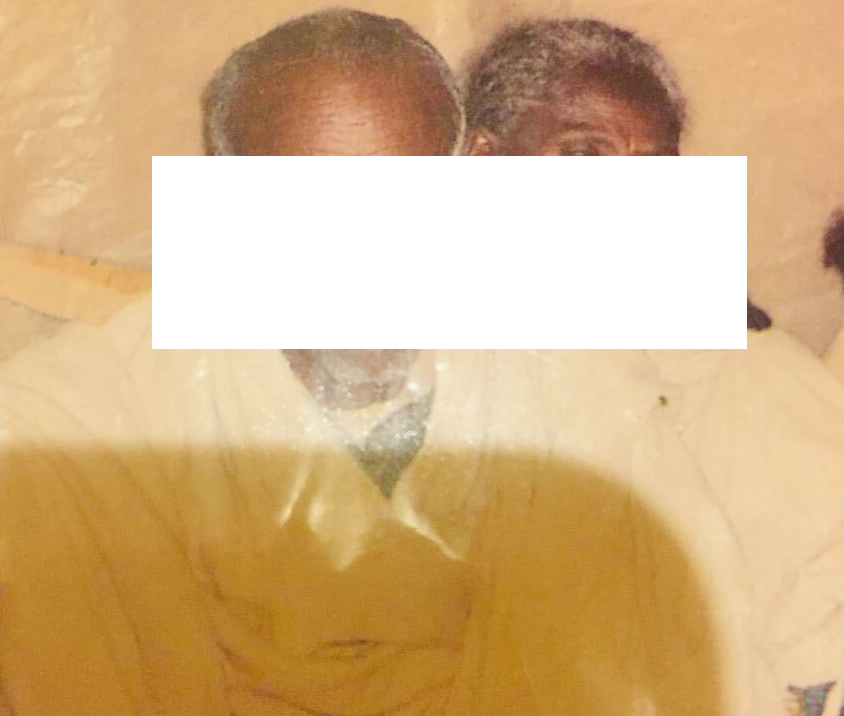 Arsema's grandparents from when they were younger. They were now 80 and 75

When Shire was shelled, people fled in all directions. Arsema, a 7-year-old girl was terrified and pleading with her mother, Hana (name changed to protect her and her daughter), to flee too. On November 15, 2020, Hana saw some of her neighbors fleeing to Medabay Zana where her parents (Arsemas’s grandparents) live in. She sent Arsema with them to her grandparents and promised her she would come after two days, after putting her business a bit in order. It was, however, not possible for Hana to go to Medabay Zana until December 7, 2020 because Shire was in siege and no one that was in Shire could move out.

On December 6, someone who came from Medabay Zana told Hana that the road was open for traveling on foot. Note that all forms of communication were shut down and people had to rely on word of mouth. Hana, so desperate to see her daughter and her parents, decided to brave it out on foot too. She departed Shire on 7 December. She had heard stories that Eritrean troops were raping and slaughtering people, and yet she could not wait any longer. She prayed and she started her journey to the town of Zana.

Along the way, she heard distant gunshots, from the direction of Zana. She wondered where exactly that could be, felt some fear, tried to block the thought of war and her daughter and her grandparents. Soon she came across people fleeing Zana towards Shire. They told her that Zana was under attack and that it was not wise to go to Zana. But, she was determined to go. It took her more than a day to reach Zana on foot. She spent the night of December 7 in a village.

The next day, she resumed her journey and reached Zana around 13:00. The town was empty. She went to her parents house, a new two-floor house with a big compound. The door to the compound was closed and she knocked on it. She heard her daughter answer saying “I won’t open you because you will kill me. You have killed my grandparents.” Hana was shocked and confused, but kept asking her daughter to open the door, saying that she was Hana, her mother. Her daughter refused, saying “No, you are not; my mother is in Shire. You want to kill me”.

Hana had to prove she was indeed Hana by sticking her hand from under the door. Eventually, Arsema was convinced and she opened the door. Hana saw her mother (75) lying dead with her intestines out, some distance from the entrance door. She also saw the door to the salon open, and there her father (80) has bled to death. She saw the compound was flooded with blood. Hana fainted. Some time later, almost unconsciously, she grabbed her daughter and she went to her sister’s family who lived in the town. She informed them, and they buried them during that day. Hana says her daughter and herself are traumatized by this. She syas especially the first month after the event was extremely difficult.

Arsema, a girl of 7 years, witnessed the scene. On 7 December, when Hana was trekking to Zana and when fleeing people advised her not to go to Zana, Arsema, her grandfather Bahre (name changed), and her grandmother Weletekidan (name changed) were at home, and they heard a knock on the door of the entrance to the compound. Her grandmother asked Arsema to open the door, but Arsema refused saying she was afraid. Her grandmother opened the door, and she saw Ethiopian soldiers, speaking in Amharic. She then closed the door, and told to her husband who was expecting a visiting relative that those who knocked on the door were Amharas (meaning they spoke Amharic). After that, Arsema says she heard and saw that the soldiers fired three times through the closed door. Arsema ran to the first floor and hid.

Arsema says her grandmother cried out in pain and loudly “grandfather is dead, come bury him; grandmother is dead, come bury her”. Arsema tried to help her dying grandparents. Her grandfather asked her to take out a bone that was causing him pain. Arsema said she refused saying “no, I don’t want to cause you pain”. Her grandfather told her to hide lest they come and kill her too. It was getting dark and she hid and fell asleep where she was hiding. Later he woke her with a stick from where he was lying and asked her to give him water.

Arsema had not eaten lunch nor dinner. At some point, she was tired and she slept. She says she left the salon door open “to make sure a hyena does not eat my grandmother”. The grandmother was lying outside, in the compound. Arsema says she woke up at night to check if they were still there, but she was not able to see them and she says “they were not there”. Most probably she was disoriented and searched in a different direction. After she could not find them, she says she wondered “could it be that they have been buried leaving me alone?” She adds “but when I got up again in the morning and check they were both there, lying. Then I called him ‘papa’ and tried to wake him up, but he was silent. Then I said ‘papa!’, who will I live with then? How can I live here alone? He was still silent. Then I said to myself ‘they are dead'”.

Asked about whether she thinks about the scene, Arsema said “I have nightmares at night. I dream, and I wake up. I see visions”.

As we were in a telephone conversation, a gunshot was heard and Hana had to turn off and hide interrupting the conversation. She said she saw a group of Ethiopian and Eritrean soldiers firing at and chasing someone. She also said Zana was being bombed by warplanes flying from Shire and that the people have yet again fled to the mountains and valleys.

The Goda massacre: The story of three brothers