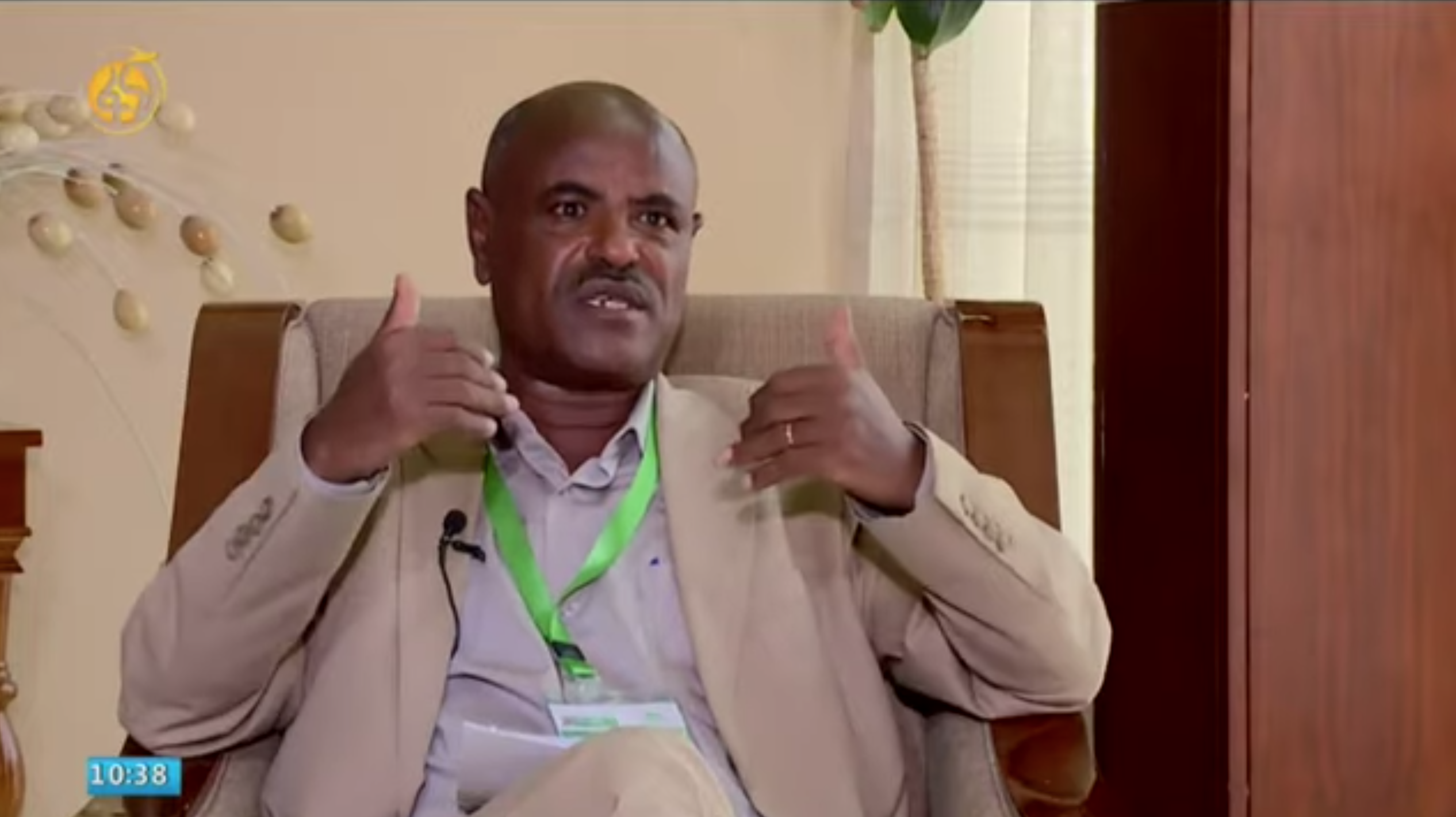 Dr Abadi Girmay in an interview with Fana TV

Head of Tigray’s Bureau of Agriculture and Rural Development in the Tigray interim administration, Dr. Abadi Girmay, paints a grim picture of Tigray.

In an interview with Fana, a government TV, Dr. Girmay said that as if what has happened to Tigray and Tigrayans is not enough, a time of great and unprecedented scale of death, suffering, and displacement is in the offing as Tigrayans are about to miss the next harvest due to farmers being displaced from their farms, having no seeds, having no oxen for ploughing and having no agricultural inputs and due to lack of peace and normalcy. Dr Abadi forecasts the catastrophe to continue for the coming four to five years. He also added Tigray’s award-winning 40 year stride in land rehabilitation and regreening has been reduced to zero, something that will take another 50 years to restore to where it was.

Abadi said 25% of Tigray’s harvest was already destroyed by the locust invasion. Most of what was left from the locust invasion was either burned or left unharvested due to the war which started during the harvest time. He further said that which was collected has been looted.

Dr Abadi also said that, since the population has been forced to flee leaving behind anything it had, there is no seed for the coming year. Abadi said cattle have been looted (in many places trucks stopping and loading the cattle and taking them) or slaughtered and eaten. Oxen [which Tigrayan farmers use to plough their land] have been looted. An ox costs about 25000 Birr and no farmer can afford it now. “Without farmers in their farms, without property, without oxen and without seed, how can there be agriculture?”, says Abadi. He forecasts a great catastrophe for the coming four to five years. He said if drought is added to it, “we are entering an unprecedented history of death, displacement and famine”. “We are in a great predicament”, he added.

“If we can not return the farmers to their farm, plough their land, provide them with agricultural inputs, seeds, then we are really in danger”, repeated Abadi.

He said what is desperately needed now not to miss the havest season are fertilizers, seeds, animal feed, animal medicine, and oxen for ploughing. But all of them are not there, not is there budget and help.

Abadi also said that the agriculture bereau’s branches and structures have been completely destroyed or looted including its offices, cars and any other property (big or small). To return to its normal functioning state, he said an estimated 200 million Birr is needed. To return Tigray’s agriculture to what it was before the war, he said, it requires at least 120 billion Birr, which he said is impossible to come by.

Speaking of seed provision, Abadi said there is no seed whatsoever, nor is there a budget for this. He said his office is seeking seed fund from different sources and an estimate of 120 quintals of seeds have been promised from different sources. But, he said, Tigray’s normal seed needs are 600, 000 quintals, which he said costs about 24 Billion Birr.

Speaking of the oxen that Tigrayan farmers use to plough their land, he said there are no oxen left in Tigray, even one cannot get in the market. He said to provide oxen, a total of 350 million Birr is needed, but there is no money nor help for that too. He said his office is trying to use tractors for some 15,000 hectares of land, which requires about 120 million Birr, which is also not available.

Abadi also said 40 years of Tigray’s award-winning strides in land rehabilitation has been reduced to zero. Tress and forests have been burned, cut down and they are being used to produce coal. Abadi said it will take another 50 years to restore it to where it was. He added that seedling nurseries have all been destroyed, and Tigray interim government is not even able to pay salary for foresters.

Dr. Abadi Girmay appealed that that he was not talking about politics, but about the lives, existence and continuity of the people. He called on anyone who can help the people of Tigray to help now. He stressed the urgency not to miss this coming rainy season for any help later will not be a meaningful help.

Abadi also made a passionate call for humanity to help for the people of Tigray. He said peace must come for the people to plough their land and to continue to exist.