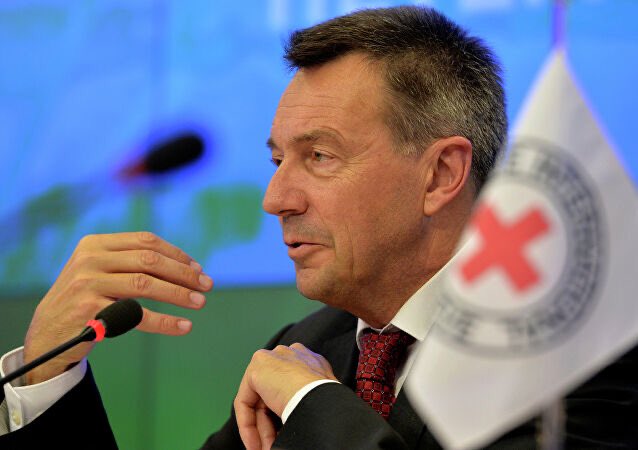 Re: Legal and human rights protection for persons of Tigrayan origin especially in the security sector including the military, intelligence, and police arbitrarily and illegally detained by the Ethiopian Government

First and foremost we would like to express our deepest gratitude for your and ICRC’s commendable work in alleviating the suffering of people in civil wars including in Tigray.

Ethiopian Prime Minister Abiy Ahmed declared war on Tigray on the 4th of November 2020. Today we are writing to bring to your attention the matter of tens of thousands of Tigrayans who were serving in the security sector, mainly in the military, peacekeeping, police, intelligence who were collectively disarmed, dismissed, arbitrarily arrested, and continue to be illegally detained incommunicado in various parts of the country. At current estimation, we are aware of approximately 17 thousand active-duty members of the Ethiopian National Defense Forces – from all branches of the services including peacekeeping missions abroad – and 7 thousand federal police officers who are currently incarcerated in incommunicado various detention camps without any due process of law. We are hereby submitting a partial list of names of those in illegal and arbitrary detention, including some of those that have died under the circumstances mentioned above.

In addition, officials of the Ethiopian army and police have announced that some of those detained have been summarily executed. Those in detention, their situation negates all kinds of human rights including the right to a fair trial, legal representation, family visitation, adequate food and health care, and so forth. Reports that have trickled out, however, indicate that they are being held under the most inhumane conditions. We have learned that some soldiers subjected to these conditions have committed suicide from chronic stress and others have died due to lack of critical medical care.

In the six months since the start of the war, the families and loved ones of these military and law enforcement officers have been unable to contact them. Nor have they been charged and brought to a court of law. Reliable sources, have also informed us that high-ranking Tigrayan officials have been spirited to Eritrea where they are liable to be subjected to torture and are undoubtedly held in even more terrible conditions.

What we would like to draw your attention to in all of this is that these men and women are members of the defense force and law enforcement that have served their country for years and in many cases decades. Some have served in peacekeeping missions across the world thus contributing to regional and world peace. Respect for such brave souls that put their own lives at risk in the service of humanity and the international community is a well-recognized norm. The Ethiopian government has, however, opted to systematically profile, purge and collectively punish Tigrayan members of the security sector by violating their basic human rights. This crackdown, which was initially promoted as government reform, singled out Tigrayans in trumped-up charges, harassment, discrimination, and imprisonment. Over the next two and half years Tigrayan identity was criminalized through various means including speeches that utilize dehumanizing language like ‘daytime hyenas’ and government-sponsored ‘expose’ documentaries that singled out “Tigrinya speakers”  blame an entire people for various atrocities. These were followed by high-profile arrests including that of  Major General Kinfe Dagnew. Two years later however no proof for allegations has been provided to the court and he is still detained. It also bears noting that ethnic-based imprisonment of Tigrayans continues today, especially in and around Addis Ababa.

We are, therefore, writing this to call upon Your Excellency’s leadership and ICRC to:

Evangelical Churches Fellowship of Tigray: Declaration of support for “His Holiness Abune Mathias

Ethiopia: in Tigray, an invisible war