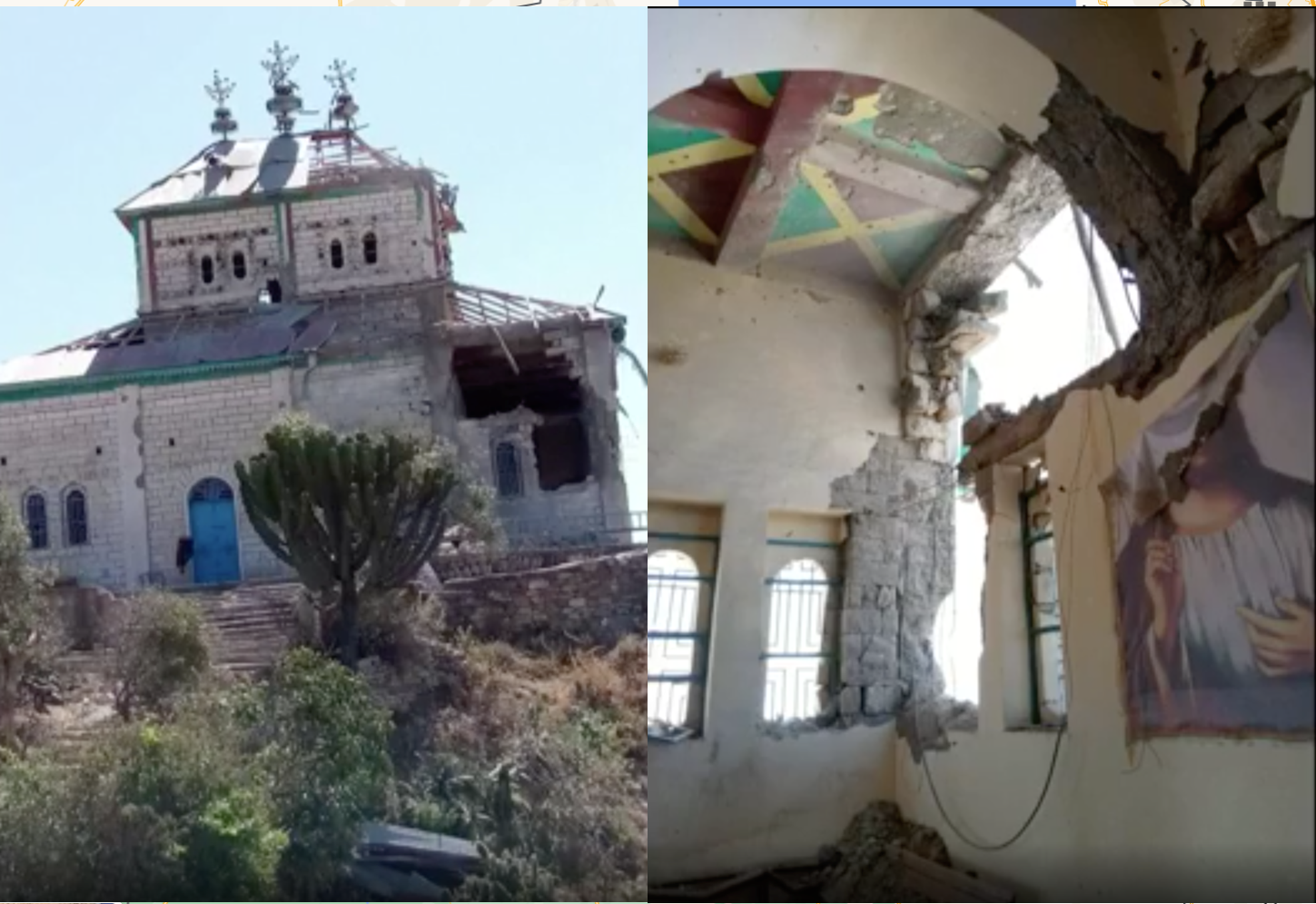 This is a footage of the vandalization of Cherkos Church, an orthodox church in Tigray. The church is found in Zalambessa town (Tigray-Eritrea border), in area called Lgat in Kebelle Adis Alem. The vandalization happened on Friday, November 20, 2020. The footage is taken from TMH.

A wide-spread destruction of churches and cultural heritage has been reported since the war on Tigray started. A few of them are: a bombing attack on Saint George Church in Mekelle, a gruesome massacre at Ethiopia’s holiest of holies church, Mariam Tsion of Aksum, the damage of Al-Naejashi mosque and the nearby Amanuel Orthodox church, and the alleged bombing of Tigray’s premier monastery of Debre Damo.

Yesterday was the holiday of Timkat, an important holiday to commemorate the baptism of Jesus Christ. The holiday has always been celebrated colorfully in all of Tigray which is the orign of Ethiopia’s Christianity. Yesterday, however, there was no celebration in the whole of Tigray. How and what could Tigrayans celebrate in this darkest moment in their history?

In Addis Abeba and Amhara, however, a political Timkat celebration took place. Looking at footages and photos, one wonders if people were celebrating Timkat or celebrating the destruction of Tigray and the massacre of Tigrayans.

A graphic footage of the Debre Abay massacre: What do we know about it?

The War on Tigray is also a War on Truth: Parsing Ethiopian Government and pro-Government Social Media Campaigns