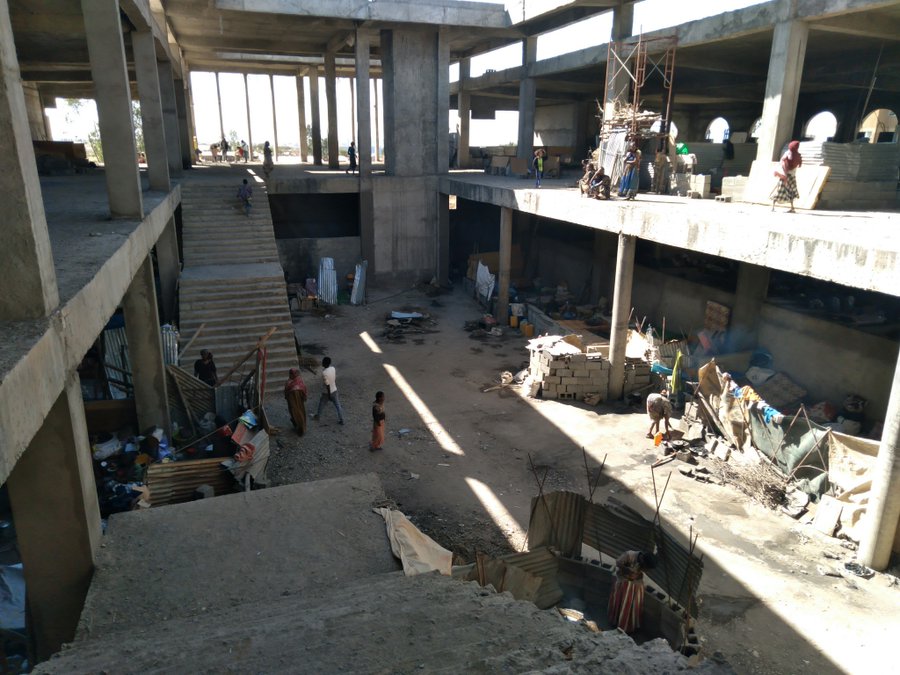 According to a report by an NGO worker in north western Tigray, received by Jan Nyssen on 5 February 2021, in Shire city only, there are tens of thousands of internally displaced persons (IDPs). Most came from western Tigray, from where they had been expelled by Amhara forces and militia. Since the war on Tigray, western and well as southern Tigray has been annexed by the Amhara region of Ethiopia. The Amhara forces are cleansing western Tigray of Tigrayans with the intention of demographically Amharizing it.

Many of the IDPs from western Tigray that came to Shire are sheltered with their relatives, but many others are sheltered in three IDP sites in Shire, namely the Shire campus of Aksum University, the Shire Preparatory School and the Shire Primary School.

IDPs at the Shire campus of Aksum University

MSF-Holland and ICRC support the nearby hospital but it is insufficient. Ethiopia has blocked aid to enter most of Tigray because it wanst to control the population by the food it obtains from international NGOs and donors.

Some photos showing the condition of the IDPs

Interview: An Eyewitness Account of the War on Tigray as Witnessed in Hawzien