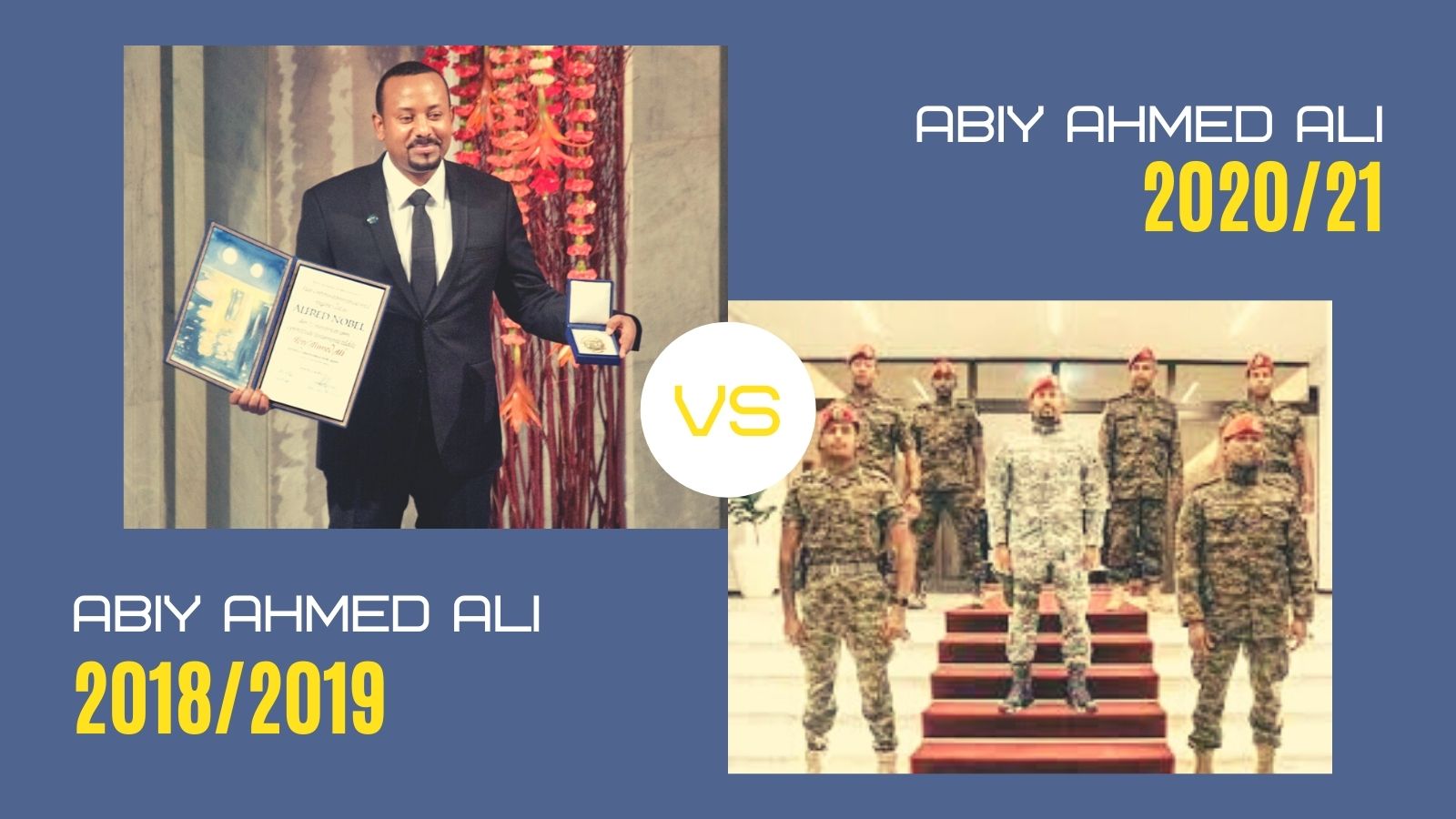 This is a slightly modified version of the message sent by PM Abiy Ahmed in December 2018 to the people of Yemen, re-worded to address him and the people of Ethiopia amidst the ongoing war on Tigray.

To the people of the Land of Origins,

To the people of a country like no other. A country that was mentioned over 40  times in the Bible and which is called the land of origins, the cradle of humanity, and the source of Blue Nile.

To you, the people of Happy Ethiopia, to whom the Prophet Muhammad once sent  his earliest followers seeking refuge safe haven because he believed  the Negashi of Ethiopia would not “wrong anyone”

To the owners of gentle and soft hearts, and the people endowed with wisdom.

To the people of faith. . The bloodshed between your people is haram and immoral.

Why do you drain your resources, and destroy your country, and the lives of each other?

Why do you destroy your civilization, your progress, and your glory?

Why abandon your families?

Why do you turn your own children into orphans, and deprive them of enjoying a calm and serene life in a country that has always been lauded as a happy one?

Everyone, I refer to all the parties fighting in political and on devastating battlefields, is a loser in war as war brings nothing but destruction, loss, devastation, hatred. and riots. War causes scourge and separation to spread. So how can this happen between the people of one land and one nation? War destroys your foundations, your relationships, and your kinship, causing nothing but destruction and ignorance.

You should agree and disagree without bloodshed, and without wars, as the people of one home.

Brought together with affection, familiarity, love, and the interest of one united nation. Offer yourselves and your children a future that is built on the foundation of science, knowledge, and development. Plan your growth and progress and keep up with the civilization that you were once at the forefront of.

You are all responsible and accountable for the state that your country is in; the county we care for and love and are concerned about its security and stability. You are the first to shake hands, so shake each other’s hand and meet each other with hearts full of love. Let your wisdom guide you.

Think about what your country has come to from separation, fighting, and killing. Think of the common good rather than personal interests, and renounce sectarianism and fragmentation.

Come to a common conclusion that you agree on, in the interest of your honorable people who have suffered so much from the scourge of this useless war; the war that will only leave behind destruction and ruin.

Pull all your differences on the proverbial table of dialogue, reason, wisdom, and equity.

Agree among each other as a family and as loved ones and then surrender to peace and enter it with all the forces you can muster as it is in the benefit of your country and the future of your civilization that flourishes like a garden as you enjoy the goodness of the land and the forgiveness of God.

With all love and pride, we look forward to the certainty that wisdom is rightful. And we are ready to do all that is needed to achieve reconciliation and stop the bloodshed and return to the peace and prosperity of your beloved country.

Medhanie Gaim is a researcher in paradox theory and entrepreneurship at Umeå University.

A Shepherd who Scatters his Sheep: Why is Cardinal Berhaneyesus Silent in the Face of State-Sponsored Starvation and Sexual Violence?